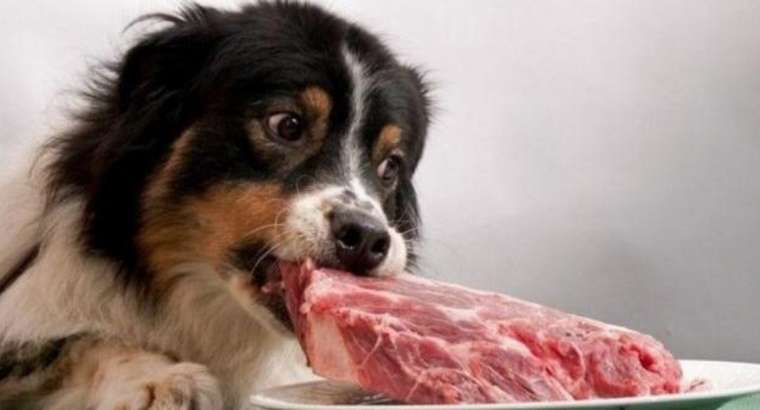 A dog is never too old to learn; however, it is much easier to teach him before bad habits have the chance to develop. With that being said, you will still find that your dog regresses in training if you are not consistent with your expectations. An excellent example of this is Brody, my 13-year-old Golden Retriever.

I met Brody when he was 5 years old and living with my now-husband, Rich, since a puppy. Brody had Rich well-trained. He just needed to bark a few times during meals, and he would receive food from the table. To get the food even faster, he would put his head on Rich’s lap. “How can you ignore a cute puppy face?” Rich would say to me, “but it is not as cute now that he is so big.” I hear this regularly from clients.

Being a dog trainer, it didn’t take long before I told Rich that I need to train his dog. He agreed that Brody was not “cute” when he stole food off my fork moments prior. If this sounds at all similar to your dog, don’t be discouraged! Brody quickly learned a different way to act while we ate, one that we all enjoyed. Brody was trained to stay on his bed and relax instead.

After five years of training the people to get what he wanted, we had to undo his extremely persistent attention-seeking behaviors and replace them with an incompatible, or alternate behavior. This change was hard for Brody, and I wanted to set him up for success. In the beginning stages, I rewarded Brody every few seconds, meaning that I did not even sit down to eat. I grabbed a bite of food, walked to Brody to give him a treat, then back to my food. If I sat down even for a second, Brody would find the activity too difficult and run to the table. The end result of multiple sessions was a bark-free, fork chomping-free, and stress-free meal; until 6 years later.

Fast forward to Brody as an 11-year-old dog who just underwent emergency surgery for cancer. The prognosis was grim and Brody was given only three to six months to live. Devastated and not caring about the rules that we had previously established, we let Brody do pretty much what he wanted: eating from the table, sticking his head in the potato chip bag while we sat on the couch, and even grabbing a slice or two of ham out of the refrigerator. We didn’t care, we wanted Brody to have fun with the little time that he had left.

The important point of this story is for owners to understand that Brody would have never “grown out of” the original attention-seeking behaviors. Don’t forget, he was five years old when I met him. He definitely was not a puppy or even an adolescent dog anymore. Instead, he grew INTO them. Consistency with training is what got him to the point of relaxing on his bed while we ate. The lack of consistency is what brought him to eat out of the refrigerator.

As you can imagine, it took about one month before I declared that we were going back to having Brody on his mat while we ate. It took some work but he used his foundation skills to get back on track. He will still have moments where he tries to see if the barking might still work. It worked in the past so he is more likely to see if it will work for him again. In these moments, it’s crucial to stick to your training – don’t cave in! Staying consistent with your dog is what maintains great results.